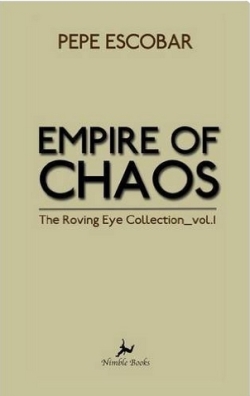 In Part One and Part Two of this series, we reviewed why the United States of America has become the geopolitical Hegemon of our 21st Century. Rising powers China and Russia are threatening the geopolitical and geofinancial “command and control” neocon-led Empire of Chaos (as coined by Pepe Escobar) and forcing the U.S. to defend its US-Dollar Reserve Currency status with extraordinary and non-diplomatic means: Quantitative Easing or QE Zimbabwe style fiat paper money printing, color revolutions, coups d’états, war crimes, subversion, coercion and weapons of mass migration: Germany and Austria being the latest victims. However, China and the BRICS offer an array of geopolitical, financial and banking services providing the international community with a worthy alternative to both collapsing Petrodollar and US-Dollar:

It is also well worth noticing the entry of the Chinese Renminbi (CN¥ or Chinese Yuan) into the Special Drawing Right (SDR): the Elite currency club of the International Monetary Fund (IMF). As of October 1st of 2016, the Chinese Renminbi will have entered the privileged club of pristine world reserve currencies: US Dollar, Euro, British Pound and Japanese ¥en to become its fifth international reserve currency:

A few days back, we remembered September 11th 2001 15h anniversary. We are still longing for the full disclosure of what really happened. Similar to President John F. Kennedy’s 1963 assassination in Dallas, we most likely will never find out. Nonetheless, we now have proof of 9/11’s Mainstream Media cover-up as well as strong evidence for a miniature nuclear implosion/detonation with the use of thermite.

9/11 remains the coup d’état par excellence : A terror attack applied upon the American Sheeple and the creation of a fictitious enemy the Establishment can adapt, relocate and rename at anytime: The perfect enactment of a self-made neocon catastrophe that rallied people internationally, emotionally and passionately behind a newly created brand of terror: Al Qaeda, ISIS, The Levant, IS, ISIL, The Islamist State, Daesh or Al Nusra. All should be considered the neocons’ “War on Terror trademark“; a mainstream propaganda tool easily sold to a Western crowd way too busy with ubiquitous Internet, smartphones or Britain’s Got Talent. After 9/11, Al Qaeda 2.0 or ISIS would follow. Trained mercenaries are backed up financially by the Kingdom of Saudi Arabia; they often follow the Wahhabi strain of Islam that produces so many ISIS militants: Thanks to Washington’s acquiescence.  An updated version of ISIS, The Islamic State, would follow in Syria after Russia and China refused a similar French-led NATO bombing on Libya. 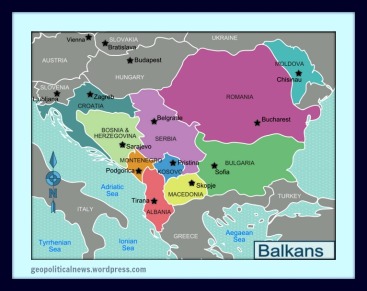 The iniquitous 1999 US-NATO dismantling of Yugoslavia (that preceded 9/11) was followed by a 78-day NATO “humanitarian bombing” of Kosovo with the help of German co-conspirator. Kosovo did not pose any threat within Yugoslavia or to any members of the NATO alliance whatsoever: Thus a flagrant crime of aggression in violation of Article 2.4 of the UN Charter. As we shall see in the next installment (Part 5) Kosovo’s capture could have been on U.S. Pentagon’s drawing board for three main reasons:

In a Global Research‘s article: Neocon 101: What do Neo-conservatives Believe? Global Research author asks the question: “What is the difference between a neoconservative and a conservative: Liberals first applied the ‘neo’ prefix to their comrades who broke ranks to become more conservative in the 1960s and 70s. The defectors remained more liberal on some domestic policy issues. But foreign policy stands have always defined neoconservatism. Where other conservatives favored détente and containment of the Soviet Union, neocons pushed direct confrontation, which became their raison d’être during the 1970s and 80’s.”

“Mutual Assured Destruction or mutually assured destruction (MAD) [was] a doctrine of military strategy and national security policy in which a full-scale use of nuclear weapons by two or more opposing sides would cause the complete annihilation of both the attacker and the defender … It was based on the theory of deterrence, which holds that the threat of using strong weapons was a military strategy” dear to President Regan during the Cold War era. Ronald Reagan mantra was “peace through strength“, “peace was the end; strength was the mean“: it was based on a policy of military détente and as much as possible entente cordiale.

U.S. neocons have pushed aside the Mutual Assured Destruction (MAD) doctrine to replace it with preemptive strike … Did you catch that? Preemptive strike…? The next installment (Part 4 of this series) will magnify the thought of “Preemptive Strike” and the nefariousness of these U.S. fascist neocons and their warmongering philosophy.

In his blog-article “American Exceptionalism and the Election Made in Hell (Or Why I’d Vote for Trump Over Hillary)”, William Blum, author of America’s Deadliest Export: Democracy – The Truth About US Foreign Policy and Everything Else, writes:

“My main concern is foreign policy. American foreign policy is the greatest threat to world peace, prosperity, and the environment [emphasis Geopoliticalnews]. And when it comes to foreign policy, Hillary Clinton is a[n utter] disaster. From Iraq and Syria to Libya and Honduras the world is a much worse place because of her; so much so that I’d call her a war criminal who should be prosecuted. And not much better can be expected on domestic issues from this woman who was paid $675,000 by Goldman Sachs [fascist bankster cabal criminals] – one of the most reactionary, anti-social corporations in this sad world – for four speeches and even more than that in political donations in recent years. Add to that Hillary’s willingness to serve for six years on the board of Walmart while her husband was governor of Arkansas. Can we expect to change corporate behavior by taking their money?”